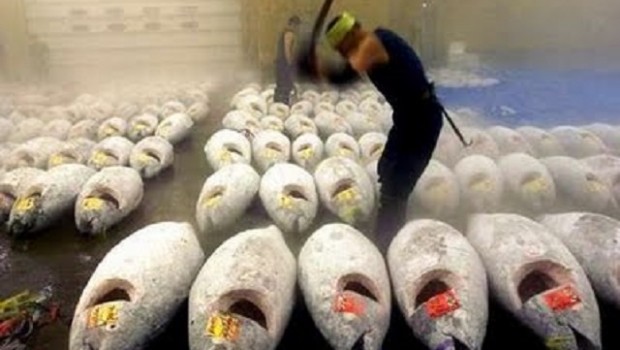 Mitsubishi aims to extinguish tuna to have the monopoly of stocks

The bluefin tuna , especially appreciated in Japan, is now close to extinction because of a wild peach facilitated by laws that protect poachers (to be clear the laws protect the corporations that outsource small navies). The lobby of fishing is so powerful that it negotiates with governments the maximum limits of tuna fishable . So the limits set by the scientists are exceeded enormously creating great damage to the ecosystem .

Mitsubishi , which we all know as a car factory , owns 40 % of the world market for bluefin tuna. As described by a dossier that is circulating all over the world enjoying a huge stir (let’s see the documentary “The end of the line”), Mitsubishi, from about 10 years, is accumulating millions of tons of frozen bluefin tuna into very big hangar refrigerators and in parallel is expanding their fleets and consequently has increased the fishing capacity far beyond the amount of tuna actually present in the oceans. This shows that the intention is clearly to lead to the extinction of bluefin tuna so having a total monopoly thanks to the huge frozen reserves. Imagine if Mitsubishi decided to kill all the pandas in the world except for a couple held in a zoo of his property in order to force anyone who wanted to see those animals to pay the only owner of the last surviving examples , it is clear that the sensation would be total,everybody would be organized to go to stop this insane massacre : the same is happening with the bluefin tuna today.

It is a project that makes one shiver , a classic example of the capitalist vision of the world : for capitalists the world is just a huge mass of resources to exploit and turn into profit until it is exhausted . From oil to timber, from gas to fish, everything is utilized without any limitation and without consideration of the delicate environmental balance and this approach is leading to the obvious devastation we are witnessing .

This economic and social model must be changed radically! The overthrow of capitalism is neither a utopia nor a motto ” by the Communists,” is a necessity for everyone.

Therefore, we invite all to struggle from day to day by the side of those who are committed to real and radical change . 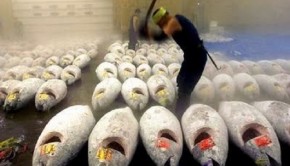