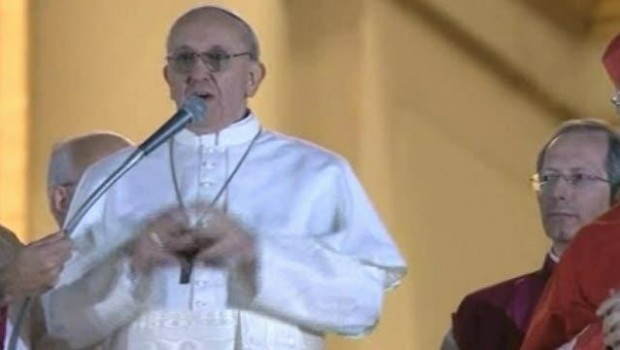 Pope Francesco I: between homophobia, misogyny and dictatorship

o statements of the neo-Pope on the relationship between homosexual marriages between gays are “a sign of the devil and a devastating blow to the plans of God.”
Even the pope said in 2007: “Women are naturally unsuitable for political tasks. The natural order and the facts teach us that man is a politician par excellence, the Scriptures show us that women always support the thoughts and creations of man, but nothing more than that. “
But on this subject there is nothing strange, the Pope refers to the official position of the Catholic Church that are also well illustrated in the sacred texts.
The links between Bergoglio (Pope Francis) and the Argentine dictator Videla (who ruled between 1976 and 1981) are incredible. The neo-pope was in closest connection with the repressive apparatus of the government and even was an active militant (when he was already a priest) in the far-right group “Iron Guard”.
For years circulate documents that prove that Bergoglio, that was the Provincial Superior of the Society of Jesus in Argentina, was responsible for the kidnapping and torture of two priests accused of being revolutionaries.

Once again the Vatican institution chooses its representatives showing great consistency: the power must be in the hands of ultraright, homophobic, misogynistic people and faithful servants of capitalism.