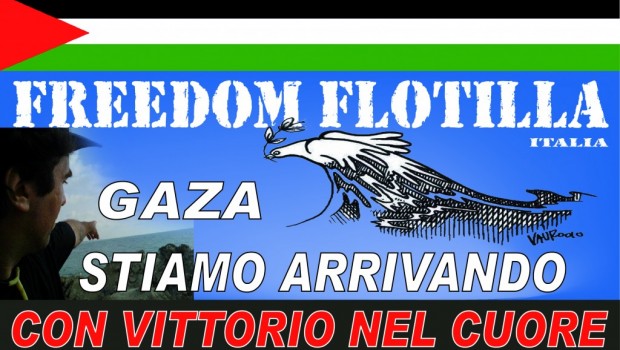 STOP THE EMBARGO ON PALESTINE!

BOMBING AND LACK OF FOOD ARE INHUMAN CONDITIONS!

The state of Israel was born 60 years ago and it has grown and increased its extension on Palestinian territories. With the help of the United States and with the excuse of the “holy land” mentioned in the Old Testament, Israel has now won more than 70% of the Palestinian state forcing his people in real enclosures from which no one can enter or exit (neither for medical care).

The only territory remained in the hands of the Palestinian is the Gaza Strip, just large 360 km2, which is home to more than a million and a half inhabitants.

In addition, this land is under embargo from six years and it’s afflict by constant air and bombing attacks that have made this territory a heap of ruins.

On October 6, the ship “Estelle” left the Naple’s port to go to Gaza, it’s the ship of the third mission of the “Freedom Flotilla” that is leading aid to the Palestinian population.
The ship brings school books and toys for children and is sailing toward the Gaza border. Here the Israeli warships will be waiting for her, the same ships which in 2009 shot and killed 19 pro-Palestinian activists on the Freedom Flotilla 2.

STOP THE ISRAELI BLOCKADE, FREEDOM FOR THE PALESTINIAN PEOPLE, WE ARE ALL WITH ESTELLE!
FREE PALESTINE! 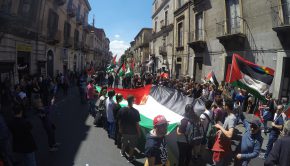 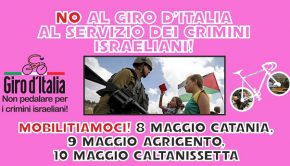 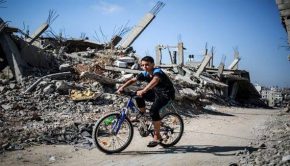 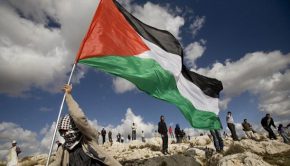